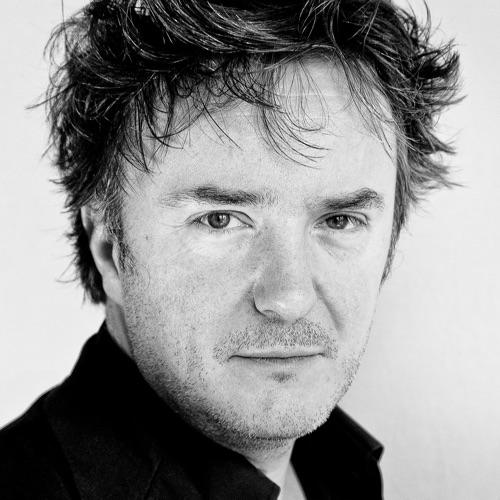 I’ve been a fan of Dylan Moran’s stand-up for as far back as I can remember, since I saw his first stand-up special Monster. I think I was about twelve, and Moran’s misanthropic and depressive whimsy got lodged deep into my world view, and influenced me to try stand-up the few times that I did, aswell as slur the way I speak infinitesimally. I’m not sure if the way I speak now is my actual voice. I would obsessively Google clips in the hopes of finding bootleg gigs, as Moran has always been quite good modifying and improvising local and topical material unlikely to turn up in his one-hour specials, the best example of which is his commentary on the 2011 Irish presidential election in Roísin Dubh, Galway.

It was during one of these excursions into the vortex of ‘Related Videos’ that I turned up a radio play that Moran wrote for the BBC, entitled ‘The Expedition,’ in which the protagonist, Aidan Clarke, addressed his absent girlfriend Isabel, in a series of recordings. Their relationship seems to be reaching a breaking point, but nevertheless, Aidan updates Isabel on his progress on a hike with her brother Leonard, though, in the same manner of Eminem’s ‘Stan,’ it is uncertain how the protagonist will get the recordings will make it to her, and why also, he renders them episodically, if it is the case that he will play all of them to her when he returns from his hike.

I would be surprised if Moran didn’t have the drama of Samuel Beckett in mind here. The most obvious parallel is his 1958 play Krapp’s Last Tape, in which an ageing man, apparently a writer, pores over a directory of recordings that he has made on every one of his birthdays, and makes a new one. Rather than dwelling on the details which his young self imparts with most fervour, his aesthetic realisations about life, love, art and all that, Krapp is most interested in returning to recollections of his bygone sexual conquests. Krapp’s Last Tape is far more engaged with the medium in which the recordings are contained than Moran is; the only signal we have that what we are listening to is the imprint of a magnetic field is the click-click noise that each monologue begins with.

Like Krapp’s Last Tape, however, it does chart the decline of its protagonist, from getting nippy and passive aggressive with his partner to succumbing to psychosis and delusion in the play’s second half. Albeit psychosis with comedic intent. It is in these sections that the whimsy that characterises Moran’s act enters the play, the marrying of surreal situations, such encountering a camel in a blizzard on a mountain, with the quotidian experience of being a tourist out of water, trying to amiably make chat with a local. His increasingly choppy and erratic syntax, as well as his estrangement from conventionally expressed emotion may well recall Beckett’s later, scatty prose works: ’I want to say that I want to go home, the wind. The wind.’

It is a cliché generally observed in Irish comedy journalism that such acts driven by their loquaciousness and absurdist perspectives be compared to Flann O’Brien, in who’s writing we see similar things. And this is fine, Moran probably read him and I think Tommy Tiernan is a fan, but it ignores the fundamental aspect of stand-up, and what makes it a form worth discussing on its own terms; the performative element.

Moran’s comedy is primarily character-based; we respond to his material in ways that if another, more Apollo Theatre type stand-up were to make them, we wouldn’t, because he is, in a very short period of time, capable of conveying to an audience what kind of comedian he is. His coming onstage stage in Monster for example features a glass of wine, extravagant arm gestures, a half-hearted audience greeting, and a spot of bother with the mic stand.

This affectation of partial incompetence or world-weariness is what makes his observations on boozing and drugs in his first special, and his take on family life in his second and those thereafter so good. In the former we see that he’s probably the type to have partaken his fair share of intoxicants. In the second, the absurdity is compacted, as he hasn’t quite shaken off the image of the perpetually drunk sexily dishevelled raconteur. In saying so, I don’t demean character-based stand-up. Stand-up, as traditionally practiced, requires repetition of material, glossed with the illusion of spontaneity.

Flann O’Brien is a very different creature. I’ve sometimes been at odds with his current critical reputation, which seems to me to depend more on his columns than his novels, The Third Policeman, At-Swim-Two-Birds and An Béal Bocht. Seeing him as an anticipator of contemporary Irish stand-up seems to miss how withdrawn he is as an author from his work, how hermetic and alienating his writing style is. In The Third Policeman for example, the bicycles seem more animated than the allegedly human characters, who barely seem to have advanced beyond the sentience of Syngean automata. Fintan O’Toole has spoken well on this peculiar sense of rootlessness in O’Brien’s writing, and wondered how it is possible for such an archetypal postmodern stylist to emerge from a society which hadn’t quite entered modernity yet.

This impersonal note sounded in O’Brien’s fiction is almost antithetical to the notion of comedy as practiced by Moran, who’s stage persona manages to be vital, even when channeling Beckett.