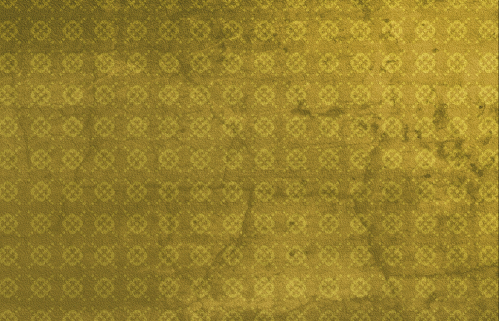 The idea of this story as representing a protagonist subject to a very nineteenth century medical regime of isolation by a domineering husband will be familiar, but I see it more as dealing with the notion of phases of historical development. The walls, gates and labourer’s homes her windows look out onto partaking of the residua of a feudal order, her husband with his reliance on that which is quantifiable, not to mention her own desire being channelled through a wish to make herself useful in gainful labour are all suggestive of the new order of things yet to consolidate themselves, the yellow wallpaper its interior accompaniment.

Under the sustained gaze of the unnamed protagonist, the wallpaper becomes a site of contradiction, its ‘outrageous angles’ and ‘unheard-of contradictions’, seeming to warn of self-destruction and suicide, the subtext to the avant-garde, but in this oscillation between its ‘debased romanesque’ classicism and abstraction, it holds out great promise, particularly in the woman who will occasionally appear behind it, and seems to move with more freedom than the protagonist does.

The discourse occasionally will identify this woman with a projection of her unconscious, but this seems to me to be a misprision, or concession to the idea that she is mentally ill; l; based on physical descriptions of her stalking the house, it seems fairly clear to me that it is her or how she might be, given some revolutionary re-ordering of things as they are